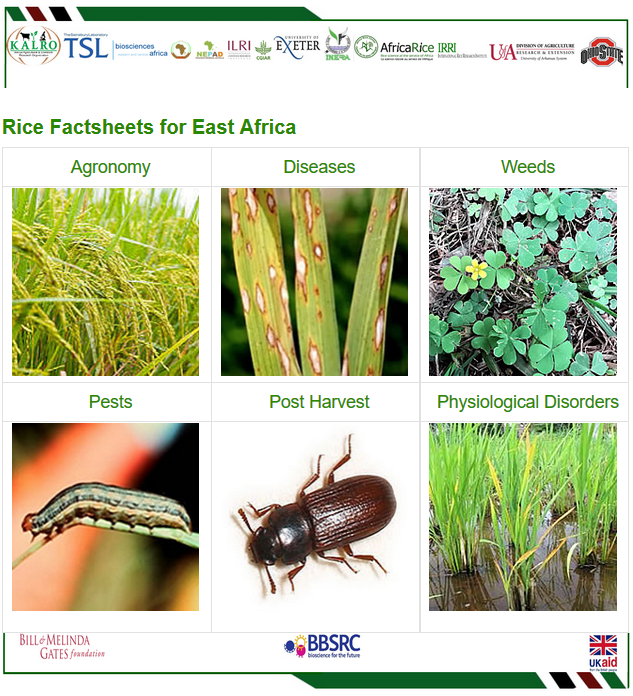 Introduction
Rice milling is a process which involves the removal of husk from paddy to get brown rice which is later polished to get white rice. This can be done both on small scale (traditional method of husk removal) and large scale (done by modern machines)

Small Scale or traditional milling
This involves the slow beating or hitting paddy in a mortar using a pestle. The mixture is then winnowed to get rid of husk and remain with brown rice. In traditional method, there is no polishing and rice is meant for domestic consumption.

Single or one stage mill
•    One unit machine
•    All milling machines are combined in series under one unit.
•    This involves the husk removal section, husk separator section and the polishing section.
•    The machine doesn’t sort or grade the rice after polishing.
•    Meant to help farmers mill rice for domestic consumption and for informal market.

Rice is sorted and blended into grades as per the KEBS (Kenya Bureau Standards) manuals.
Rice is for commercial or large scale (sale).
Rice traded on formal market.

Latest from our Blog